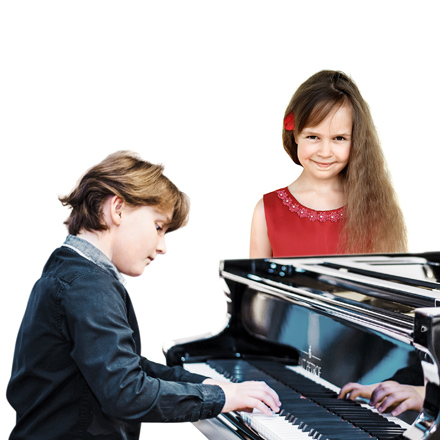 Klára Gibišová began to show her unique talent when she was almost three years old. Since June 2014 under guidance of piano teacher Taťána Vejvodová she made her first concert appearances and succesfully attended first competitions. Now as a pupil of ZUŠ Ilja Hurnik, she collects mostly first prizes and awards for absolute winners. Among the most important national competitons are Young Pianists play Steinway＆Sons, Prague Junior Note and Zlatý oříšek (Golden Nut). International are Mozart competition in Rome or Virtuosi per musica di pianoforte.

Klára is regularly invited to play various concerts and she already has an experience with live streaming, including show of Czech Radio Vltava “Telefonotéka” known for inviting well-known artists. She also appeared in TV news program “168 hodin” and of course in famous talk show “Show Jana Krause”.