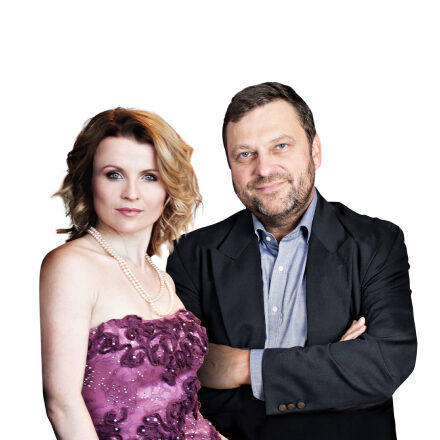 JANA KURUCOVÁ from Kežmarok (Slovakia) started her music education in church music,composition, organ, orchestra conducting and singing at the Conservatory J. L. Bellu in Banská Bystrica. In 2002 she received a grant for the University for Music and Drama in Graz and made her operatic debut in The magic Flute (‘Second Lady’) and La Finta Giardiniera (‘Ramiro’). After that, she became a member of the Young Artists Program of the Bayerische Staatsoper in Munich. From 2005 to2009 she had been a part of ensemble of the Theater Heidelberg.

Since the season 2009/2010 she is a member of the ensemble of the Deutsche Oper Berlin, where she sang in Il Barbiere di Siviglia and Le Nozze di Figaro and more roles for example as Suzuki (Madam Butterfly), Fenena (Nabucco), Zerlina (Don Giovanni), Donna Elvira (Don Giovanni) and alongside Edita Gruberová as Maffio Orsini in Lucrezia Borgia.
She also sang at the Teatro de la Maestranza in Siviglia under the musical guide of Pedro Halffter, at Opera in Beijing, at the Opera Oslo or at the New National Theatre in Tokyo.
She is well known also in Czech republic, as she sang in National Theater, in Ostrava or with Christine Opolais, Richard Samek and René Pape Dvořák’s Stabat Mater at the Dvořákova Praha Festival.

She made an outstanding role debut, enthousiastically acclaimed by press and audience, as ‘Romeo’ in Bellini’s I Capuleti e i Montecchi on the occasion of a concert performance of that title within the Klangfestival Dortmund, followed by her equally successful debut at the Semperoper Dresden as ‘Rosina’ (Il barbiere di Siviglia).

In May 2018 she was ‘Martha’ (Mefistofele) alongside Joseph Calleja and Erwin Schrott at the Bayerische Stateopera in Munich and she sang the role of ‘Elisabetta’ (Maria Stuarda) alongside Diana Damrau and Javier Camarena at the Deutsche Oper Berlin. 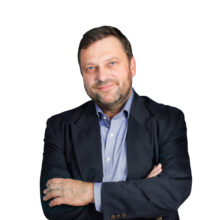 Gustáv Beláček graduated from Bratislava Conservatory and then Bratislava Academy of Music. In 1993 he was the absolute winner at the International Antonín Dvořák’s Singing Competition in Karlovy Vary and one year later he won first place on the International Singing Competition M. Schneider – Trnavský. During his career he has performed both in opera roles as well as a concert singer all over the world, to name a few: Basel, Berlin, Copenhagen, Palermo, Toronto, San Francisco or Brazil. The recording of Dvořák’s Requiem, on which we collaborated with New Jersey Symphony Orchestra, won the Grammy award in 2001. Beláček was nominated for the Thalia Award for his role as Scarpio in Tosca in 2015.

Ondrej Olos studied at the conservatory in Žilina and at the Janáček Music Academy in Brno. In 2006 he received the Leoš Janáček Award for his music directorship of the chamber version of Janáček’s opera The Cunning Little Vixen. He works at the Brno National Theatre and Slovak National Theatre Bratislava. Ondrej Olos regularly appears as the conductor of the Slovak Radio Symphony Orchestra, the Prague Chamber Philharmonic and the Philharmonic Orchestras in Brno. He has also conducted at other opera houses, for example in National Theatre in Prague, Greek National Opera in Athens, Opera de Rennes or Den Jyske Opera Aarhus. He is also a sought-after pianist and the chamber musician.