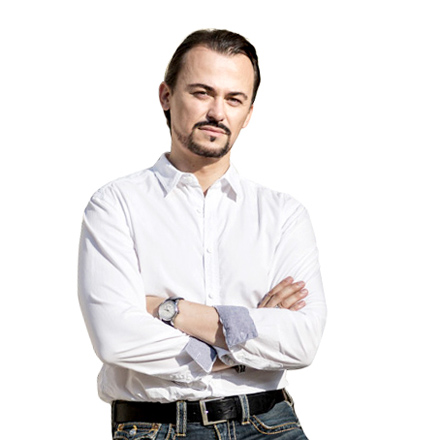 Štefan Kocán has a successful career at the biggest opera scenes. In 2002-2006 he was a member of opera ensemble in Landestheater in Linz, Austria. In 2006-2008 he was a member of opera ensemble in Basil. After that, his talent brought him to the most prestigious opera house in the world – the Metropolitan Opera New York, when he since then performed as a King and Ramfis (Aida), Sparafucile (Rigoletto), Ferrando (Trubadur), Gremin (Eugene Onegin), Komtur (Don Giovanni) a Konchak (Prince Igor). Repeatedly, he performed in a life streaming from Metropolitan Opera to the cinemas all over the world. Štefan Kocán has also performed in La Scale (Milano, Italy), Bayerische Staatsoper (Munich, Germany), Berliner Staatsoper (Berlin, Germany), Theatro Municipal (Santiago, Chile), Wiener Staatsoper (Vienna, Austria), Covent Garden (London, England) and also in Prague National Theatre. His musical repertoire consists of Mozart‘s, Dvořák‘s and Verdi’s Requiem, Dvořák’s Stabat mater, bibligal songs and gypsy melodies, Mahler’s Symphony n. 8 and Mussorgsky’s Songs and Dances of Death. 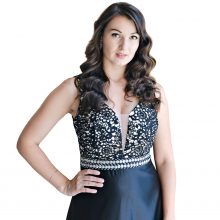 The Slovak soprano Slávka Zámečníková is a graduate of the Bratislava Conservatory, where she attended the class of Božena Ferancová. Since 2014, she has been studying at the Hochschule für Musik Hanns Eisler in Berlin, with Anna Samuil. She has participated in the master classes led by KS Anna Tomowa-Sintow, Francisco Araiza, Deborah Polaski, Thomas Quasthoff, Luciana D´Intino and KS Julia Várady. At the present time, she is a member of the Opera Studio of the Staatsoper in Berlin, where in the current season under the guidance of Daniel Barenboim she is scheduled to perform as the First Lady (Die Zauberflöte), Flora Bervoix (La traviata) and Miss Jessel (The Turn of the Screw). She has garnered accolades at a number of competitions, including the Antonín Dvořák International Vocal Competition in Karlovy Vary, the M. Schneider Trnavský International Competition in Trnava and the Iuventus Canti International Vocal Competition in Vráble, where she came first and received other special prizes, among them the National Theatre Opera Prize. She won third prize at the Otto Edelmann competition, and the Audience Prize and the Daeugu Opera House Prize in Korea.  Moreover, she was a finalist of the Concorso lirico internationale di Portofino in Italy, where she was awarded the Evamaria Wieser Prize, and she also succeeded at the Queen Sonja International Music Competition in Oslo and the Klaudia Taev Competition in Pärnu, Estonia. She has appeared on opera stages as Musetta (La bohème), Pamina (Die Zauberflöte), Frau Fluth (The Merry Wives of Windsor), the Countess (Le nozze di Figaro), Woglinde (Das Rheingold) and Sophie (Werther). In the summer of 2017, she performed at the Rheingau Musik Festival in Germany opposite the Sinfonietta Cracovia orchestra and sang in Mozart’s Requiem in Sochi, Russia. In the autumn of 2017, she appeared at the Konzerthaus in Berlin and at the Georgian National Opera Theatre in Tbilisi. Slávka Zámečníková has given concerts in Brazil, Australia, China, South Korea, France, Monaco, Italy and Russia. She has performed with the Kammerorchester Berlin, the Filarmonica Arturo Toscanini di Parma, the Schloss Schönbrunn Orchester, etc. Slávka Zámečníková is a grantee of the Liz Mohn Kultur- und Musikstiftung, the Junge Musiker Stiftung and the Deutschlandstipendium.