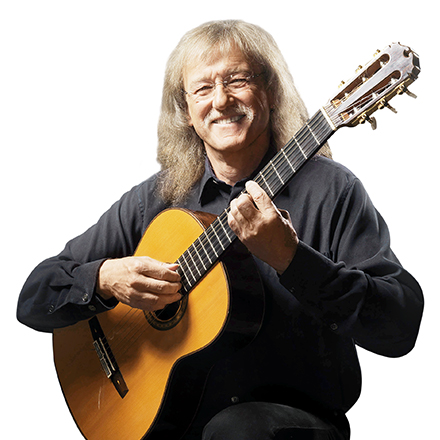 Kateřina Englichová, a graduate from Curtis Institute in Philadelphia and a winner of Pro Musicis International Award in New York. She has collaborated with many famous artists and ensembles such as Mstislav Rostropovič, Josef Suk, Pavel Šporcl, Ivan Ženatý, Vilém Veverka, Pražák Quartet, Wihan Quartet etc. For a number of years she played with the Philadelphia Orchestra and had the opportunity to collaborate with conductors such as sir Simon Rattle, Claudio Abbado, Riccardo Muti, Wolfgang Sawallisch, Michael Tilson-Thomas, Seiji Ozawa. She has appeared with the Philadelphia Orchestra, the San Francisco Chamber Orchestra, the Hongkong City Chamber Orchestra and the Budapest Symphony Orchestra. In 1998, she made her debut in Weill Recital Hall at Carnegie Hall, New York. Other distinguished venues where she has played include the Beethoven Saal in Bonn, Théâtre de l’Athénée in Paris, Auditorio de Nacional de la Musica in Madrid and Chamber Music Hall of the Berlin Philharmonic.

Baritone, Roman Janál, graduated in violin at the Pilsen Conservatory and later studied voice at the National Academy of Music in Sofia, Bulgaria. After a successful debut at the Prague State Opera as Guglielmo in Così fan tutte and Figaro in The Barber of Seville, he was engaged as a soloist in 1995. In November 1995 he was the overall winner of the International Antonin Dvořák Singing Competition in Karlovy Vary. In that same year he also became a professor of singing at the Prague Conservatory.
Since 1997 he has been a soloist of the National Theatre Opera in Prague where he has performed many roles from the Czech and international repertoire such as Don Giovanni, Count Almaviva (Le nozze di Figaro), Dottore Malatesta (Don Pasquale), Giorgio Germont (La traviata), Silvio (Pagliacci), Sonora (La fanciulla del West), Grégorio (Roméo et Juliette), Escamillo (Carmen), Lord Vok (The Devil’s Wall), Kalina (The Secret), Tomeš (The Kiss) and Pollux (Castor et Pollux) for whose portrayal he was awarded the prestigious 1999 Thalia Award.
In 1984 he began his long collaboration with the Czech Radio, where he has made many studio recordings and several CDs of operatic arias and lyrical cycles from composers of the Romantic period and the 20th century. Under the baton of conductor Jiří Bělohlávek, he performed the solo part from Martinů’s Field mass and The Opening of the Wells with the BBC Orchestra in London. He also performed these same compositions in Amsterdam under the direction of Christopher Hogwood. Since the 2008/2009 season, Janál has been a soloist with the Janáček Opera of the National Theatre Brno.

Pavel Šporcl graduated from the Prague Conservatory and the Faculty of Music at the Academy of Performing Arts under Professor Václav Snítil. From 1991 to 1996, he studied in the United States at prestigious schools and universities under the guidance of excellent educators Dorothy De Lay, Itzhak Perlman, Masa Kawasaki, and Dr. Eduard Schmieder. Pavel Šporcl has been triumphantly received by audiences in major music venues throughout the world thanks to the combination of a rich classical background and unique unorthodox stage presence. He has appeared with major orchestras like National Orchestra de France, Tokyo Metropolitan Symphonic Orchestra, Czech Philharmonic Orchestra, Kyoto Symphony Orchestra or New World Symphony Orchestra and also at prestigious venues such as Suntory Hall Tokyo, Disney Hall Los Angeles, Alte Oper Frankfurt am Main, Concertgebow Amsterdam. Pavel Šporcl has performed with leading conductors such as Vladimir Ashkenazy, Libor Pešek, Jiří Bělohlávek, Vladimir Fedosejev, Yan Pascal Tortelier, Andris Nelsons, Jiří Kout, Serge Baudo, Colin Davis. He is a frequent guest on television shows and radio programs.He teaches violin at the Faculty of Music at the Academy of Performing Arts in Prague.