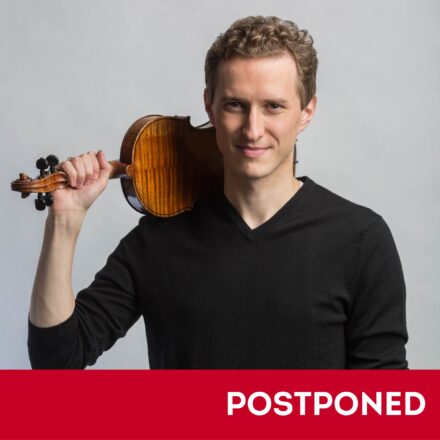 I want to apologize for the fact that we had to cancel some concerts from the second part of the 2022/23 season.

Unfortunately, several facts forced us to this unhappy situation.

We offer the following options for canceled concerts

– You can exchange your ticket for another concert that we will be playing until the end of the 2022/23 season.

I apologize once again for the trouble caused. We will try to compensate you for everything in the following season.

Praised for his remarkable range of colours, his confident and concentrated stage presence, his virtuosity and technical poise as well as the beauty of his tone Josef Špaček has gradually emerged as one of the leading violinists of his generation.

He appears with all significant orchestras of the world and collaborates with eminent conductors such as Jakub Hrůša, Semyon Bychkov, Manfred Honeck, Valery Gergiev, Jiří Bělohlávek, Jamesem Conlon, Tomáš Netopil, Michael Sanderling, Thomas Søndergård or Cornelius Meister, among others.

He has served as concertmaster of the Czech Philharmonic Orchestra, the youngest in its history. The orchestra named him “Associate Artist” as of January 2016. He will leave this post by the end of the 2019/20 season in order to devote himself exclusively to his solo career.