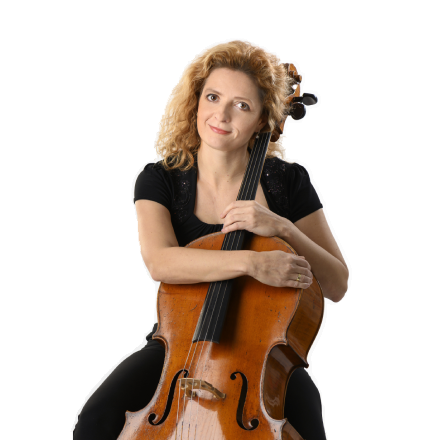 Alžběta Vlčková graduated at Prague Conservatory (under the supervision of professor Josef Páleníček) and during her studies at Music Faculty of the Academy of Music Arts she was in a class of an associate professor Mr Miroslav Petráš. In 1992 she was a finalist of the International cello competition called „Beethoven’s Hradec“. She placed second at the International competition of Bohuslav Martinů in Semmering in Austria. She participated in many courses under the supervision of for example: A. May, Z. Nels, St. Apolín, T. Kühne and she had a six-month internship at the Conservatory in Paris, in a class of professor Roland Pidoux. She usually performs as a soloist with a company of prominent symphonical and chamber orchestras. In 2009-2014 she was a leader of a violoncello ensemble at Talich chamber philharmony. Nowadays, she is a member of the Prague Chamber Orchestra. She is actively dedicated to the chamber music (piono trio ArteMiss). She also works as a teacher at the University of New York in Prague.