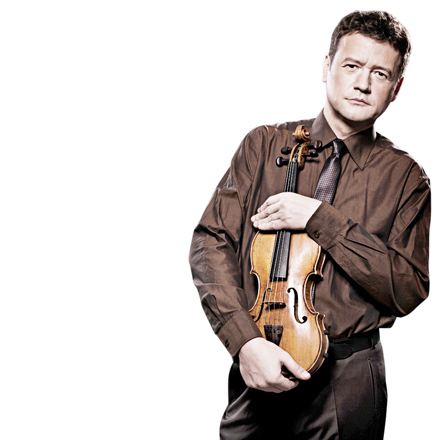 Repeatedly appearing as a guest artist with famed ensembles internationally as BBC Orchestra of London, Symphonieorchester des Bayerischen Rundfunks, Berliner Symphoniker, Orchesta Nacional de Madrid. What mostly attract the attention are his solo and chamber music projects (the complete Bach Sonatas and Partitas for violin solo or Beethoven and Brahms Sonatas). He began his professional career with his participation at the finale of the Tchaikovsky Competition in Moscow, followed by his debut with the Czech Philharmonic and Libor Pešek and his first prize at the Prague Spring Competition. In 1990, he made a debut at the Berliner Philharmonie and the Concertgebouw in Amsterdam, in 1994 in Tokyo and in 1996 in New York and Buenos Aires. He has collaborated with Yehudi Menuhin, Yo-Yo Ma, Serge Baudo, Valery Gergiev, Andrey Boreyko, Neville Marriner and many others. In 2012, he was appointed a professor of the string department at the prestigious Cleveland Institute of Music.